Phase I of the Downtown Revitalization 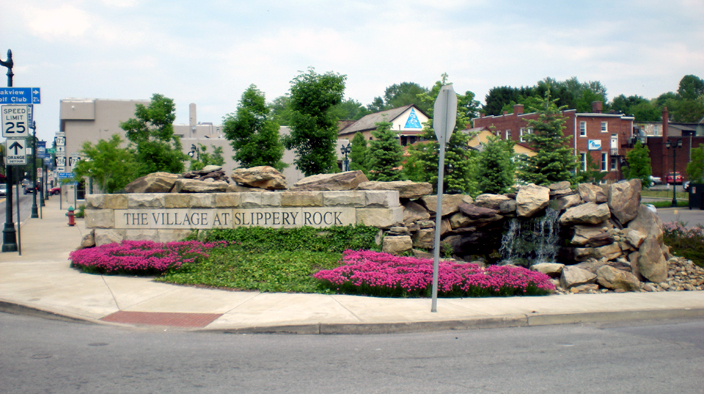 Working closely with the Borough of Slippery Rock, the Slippery Rock Development Corp. and Slippery Rock University, E.G. & G. designed and implemented a $6.75 million two-phase project to revitalize the image and economic vitality of the downtown district, and to better connect downtown with the nearby University campus. 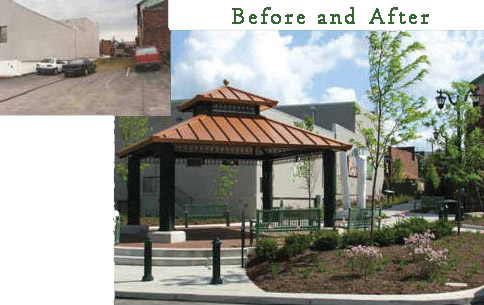 Phase I of the project reconstructed four blocks of Main Street in the downtown core area. Completed in 2006, Phase I improvements included burying of all overhead utility lines, installing historic-style street lights and construction new sidewalks. A parking area was renovated to provide 50 additional parking spaces and improved the landscaping and lighting. An alleyscape walkway lined with colorful plantings and sculpture was installed to better connect the parking lot with Mains Street businesses.

As part of the project, murals were painted along the alleyscape walkway; decorative paving patterns and native stone were installed in sidewalks and outdoor seating areas along Main Street; and a gateway park with fountain feature and gazebo structure was constructed to serve as the focal area for special events. 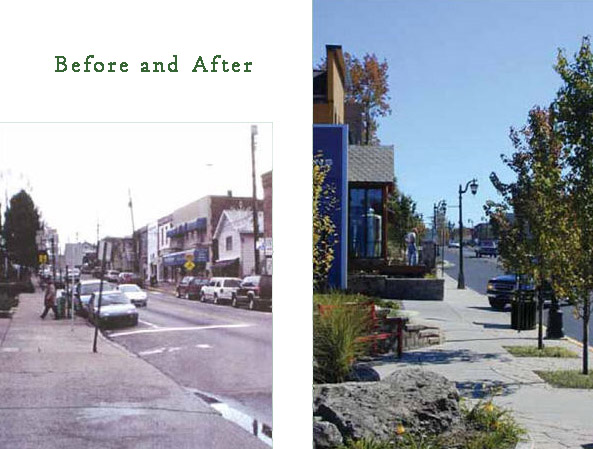 Playing on the town’s name, a contemporary water sculpture was created by a local artisan as a unique gateway feature.

Phase II of the Downtown Revitalization 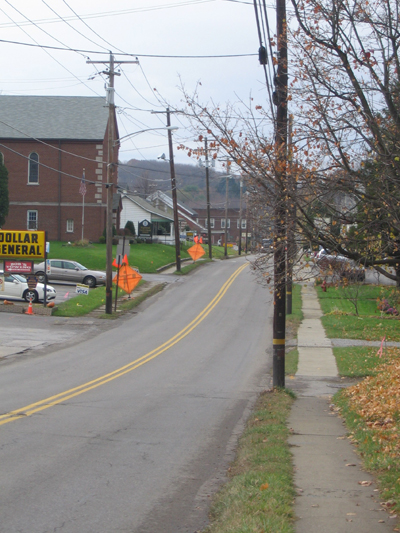 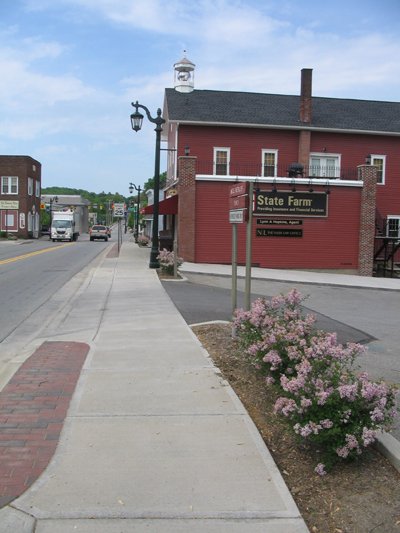 The Results:
As a result of the revitalization project, Slippery Rock is now a vibrant university town with a growing business sector including new restaurants, retail shops and hotel. “The transformation has been dramatic,” said Bill Sonntag, chairman of the Slippery Rock Development Corp. “Downtown sidewalks used to roll up at 5 pm. Now, there’s pedestrian traffic in the evening and great interest in developing new businesses.”